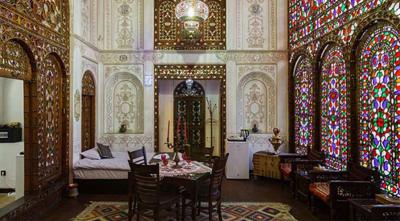 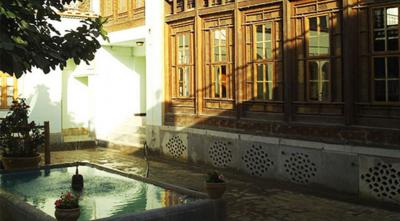 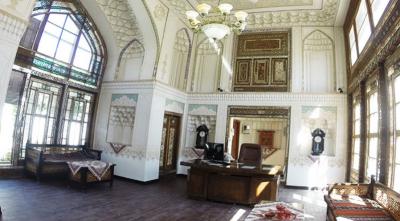 atigh traditional hotel isfahan is a historical hotel in isfahan, it is a 3-star traditional hotel at center of isfahan at Ebnesina Street and near so many attractions places. Atiq Jameh Mosque of Isfahan is only 550 meters away from the hotel. Accordingly, you can get there in 7 minutes. Isfahan Antique Hotel was listed in the national monuments list in year 2. The traditional antique hotel has a museum-like environment, a very special and tranquil setting. Benefits of this hotel are proximity to business and leisure centers.

It is a 2-floor building with 32 rooms. The rooms have different capacities. The total number of beds is 70. Atigh Traditional Hotel has several facilities such as free parking, praying room, and a lobby with a capacity of 25 people. The parking has a capacity of 40 cars. Rooms have facilities such as safe box, fridge, Wi-Fi, coffee maker, hairdryer, laundry, minibar, and TV. It also has a restaurant, a cafe, and a traditional tea house. The restaurant capacity is 120 people.

Note that the first 100 MB of the internet is free, but, you should pay for the extra. There is no smoking room, so you can smoke in the courtyard. Note that they do not allow pets. Keep in mind that due to hotel traditional building, access to different parts with a wheelchair is almost difficult. It is also a bed and breakfast hotel. Note that this traditional house in Isfahan serves breakfast, lunch, and dinner.

There are no reviews for this property yet.

accommodations
Do you have any question? Chat with us!