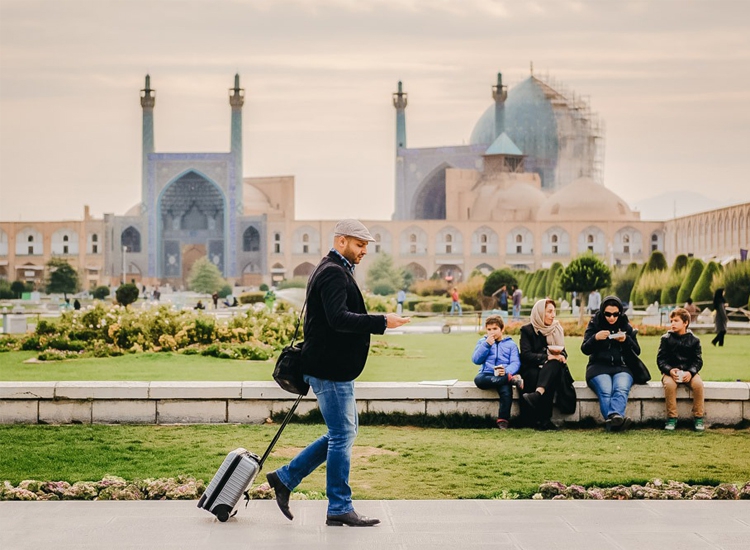 Where is Isfahan? Almost everyone in the world knows where "half of the world" is located. Isfahan is located nearly in the middle of Iran. In terms of climate, Isfahan is excellent and as many archeologists and authors like Chardin (French tourist who visited Isfahan at the time Shah Abbas Safavid) has mentioned it. 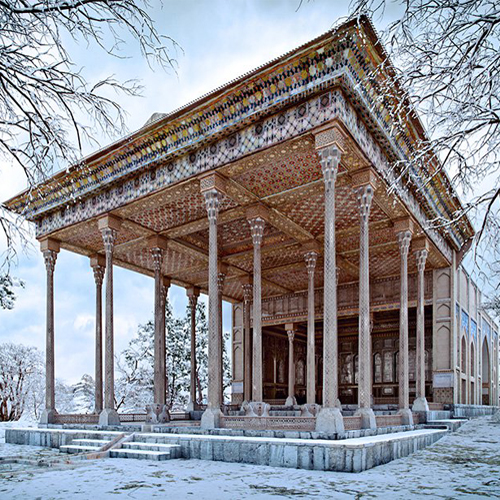 The weather is so- called four-season, meaning that in each season of the year the weather of Isfahan is suitable and desirable; in spring, especially in Ordibehesht (April), Isfahan is a real paradise of Iran because of its amazing nature, parks and the most important of all, because of Zayanderood river that is shining in the heart if this beautiful city. Isfahan is located in the central Iran along Zayandeh Rood River.

The city is located in a relatively mountainous area in the center of the Iranian Plateau and stretches from the snowy Zagros Mountains in the West to the East and North-central deserts of Iran. There are a variety of climatic conditions in the city thanks to regions with different altitudes.

Generally, as the altitude falls from Western city to the Eastern, the area temperature increases with the decrease in the amount of rainfall. There is a breeze drifting in the city throughout the four seasons. The Western and Southwestern winds which blow along Zayandeh Rood River in the spring and fall make a glorious weather within the city. Isfahan is a city with regular seasonal changes. 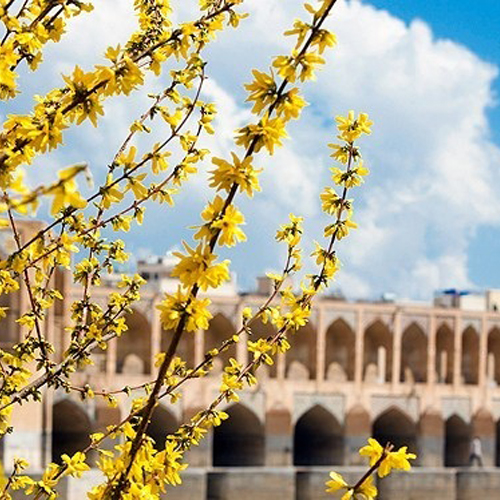 Spring begins in late March with the trees in beautiful blooms, summer in late June. The city is covered by fall colors in late September with the leaves falling off the trees and winter starts in late December. Among all the seasons and months, Isfahan is in its perfect splendor in May. It’s the month when a breeze from the sky drifts through the colorful city with a pleasant weather and desirable lights. Isfahan is fantastic.

It is said that Chaharbagh street that was built at the time of Shah Abbas the Great, is similar to beautiful streets of Paris, even somehow more beautiful and attractive. It is really difficult to describe the attractions of Isfahan wholly without ignoring some, because there are thousands of them. 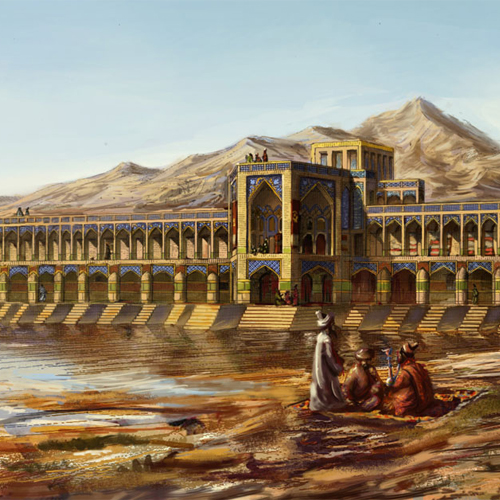 Historians have recorded Espahan, Sepahan or Isfahan initially as a defense and military base. The security and protection of the gradually increasing castles and fortifications, thereby, would provide the protection of residents nearby, therefore leading to the growth of large settlements nearby. These historical castles were Atashgah, Sarooyieh, Tabarok, Kohan Dej, and Gard Dej.

After its nice climate, it's better to pay attention to Isfahan historical sites that are amazing and stare every visitor from all over the world. Maybe, it's better to start from Naghsh-e Jahan Square, the world second biggest square, that holds in itself the four main historical elements.

Mostly, people know Isfahan through Safavid era with its amazing art works and historical sites like Alighapoo palace, Chehelsotoun palace, Shah Mosque, Sheikh Lotfollah Mosque, ancient Bazaar, historical bridges and etc. Historians have recorded Espahan, Sepahan or Isfahan initially as a defense and military base. The security and protection of the increasing castles and fortifications, thereby, would provide the protection of residents nearby and therefore leading to the growth of large settlements nearby. These historical castles included Atashgah, Sarooyieh, Tabarok, Kohan Dej, and Gard Dej. 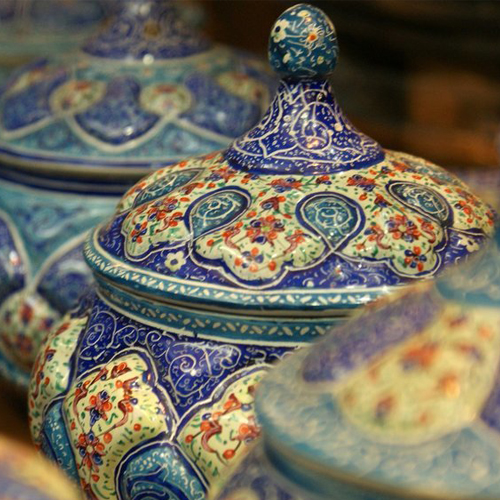 Isfahan is called the city of Iranian handicraft and traditional arts. These art works make a major portion of Iran's exports, mainly to Europe. The contemporary traditional arts and handicrafts of Isfahan are in fact a continuance of the Safavid Art pursued by the modern Iran craftsmen. Their artistic works are appreciated by Iranians and foreign people, and play a determining role in exports from Isfahan. Carpet weaving, engraving, miniature painting, Moarragh, tile art, brocade, calico work and enamelwork are among the most prominent artworks in Isfahan. The contemporary artists of Isfahan have made new innovations in recent years in the areas of miniature painting, tile making and engraving. Isfahan also has a brilliant history of musical tradition.

Today, most Iranian musicians and professional traditional singers have grown up from Isfahan soil. If you had a chance to visit this jewelry (Isfahan), please spend enough time to see everything and everywhere, if not, there is no doubt that you will miss many points. I specially suggest you to visit Isfahan by the company of an Isfahani leader who knows it very well. 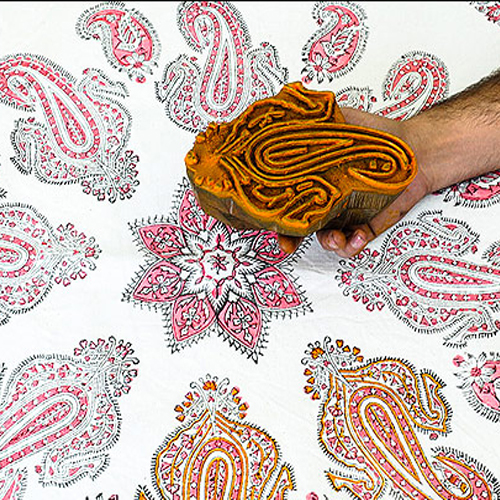